Well it was certainly a surprise when Jamie Fingal, co-curator along with Leslie Tucker Jenison, of the Dinner@8 artist exhibits, wrote to say that my Descended from the Stars quilt  and the artwork of several others had been included in an article in Germany’s Patchwork Professional magazine about the Dinner@8 Artists!   It was a tad challenging negotiating the German (no English) website to order a copy, so I called my dear friend Jacquie Scuitto who, having lived most of her adult life in Germany, was able to translate it all and talk me through what to put where to make my order.   The magazine has arrived, and I am simply thrilled to be included in the selected works from the past eight years. 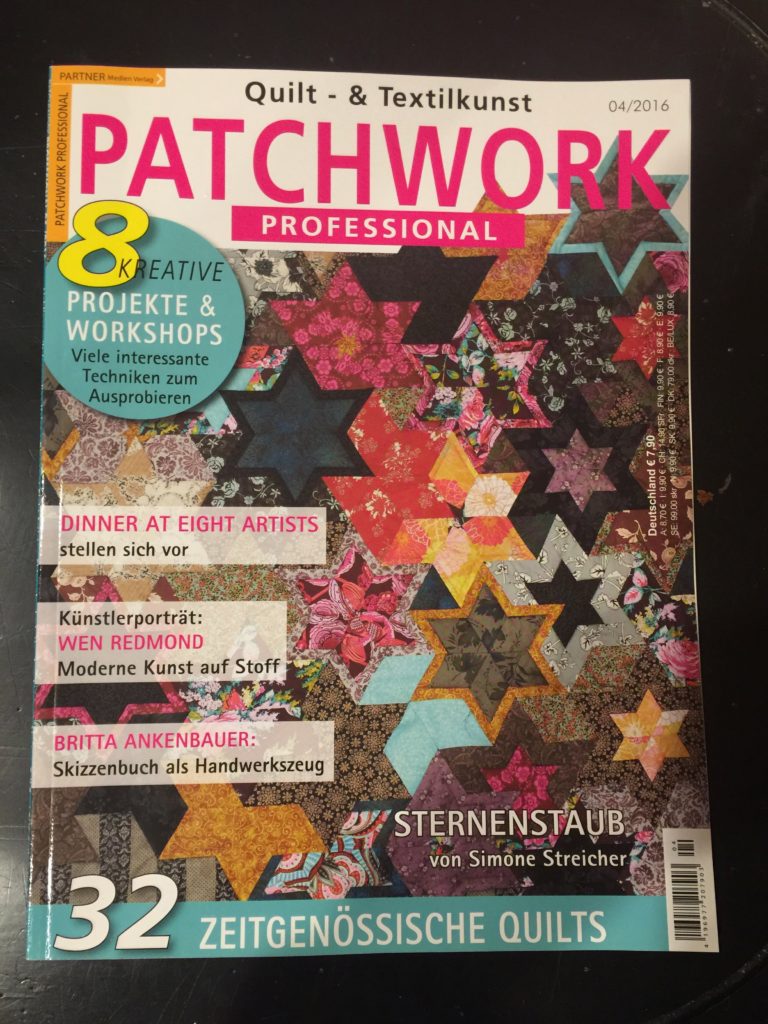 Cover of German Patchwork Professional, issue 04/2016. You can see on the left the banner for the article on Dinner At Eight Artists 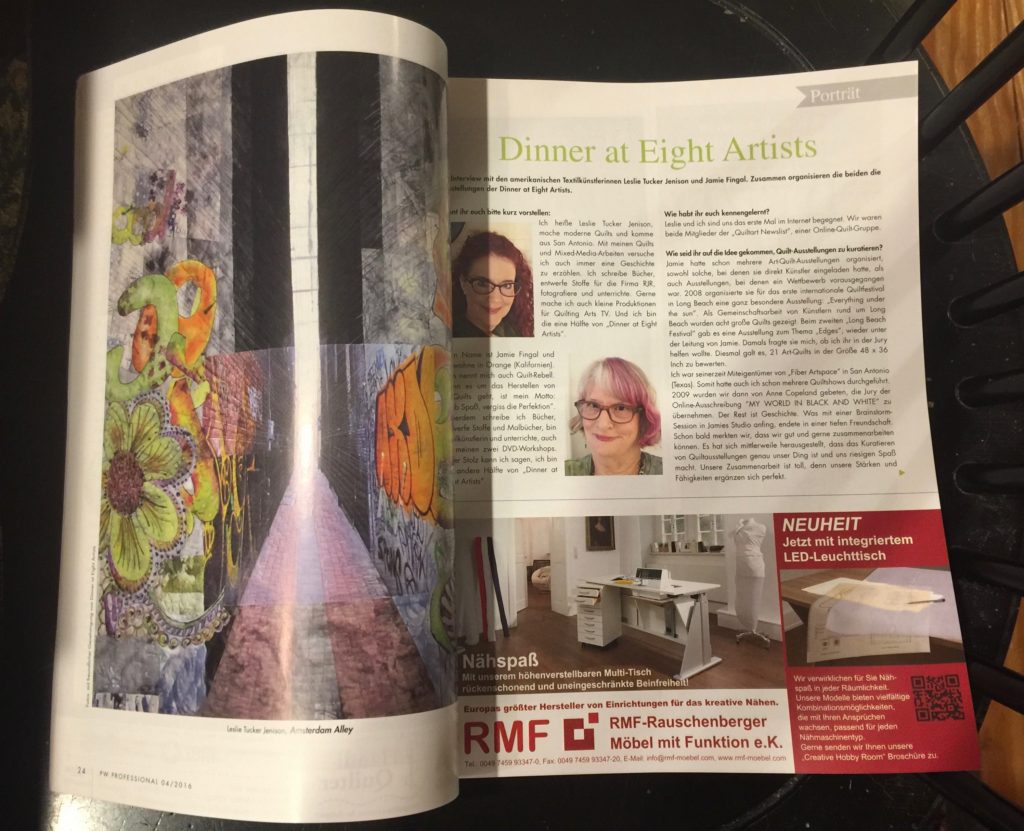 The article begins with one of Leslie’s award-winning quilts and an interview with Jamie and Leslie, the co-curators of this annual exhibit.

I was thrilled to be included–there have been at least 30 quilts each year for 8 years, so that’s a LOT of quilts.  The article includes two each of Leslie and Jamie’s work, plus nine other quilts, including several of my favorites:  Haiku by Lyric Montgomery Kinard (a stunning simple but breathtaking portrait of her daughter), this year’s Tiles by Cathie Hoover, and my friend Susan Brubaker Knapp’s I see the Moon.   Congrats to all! 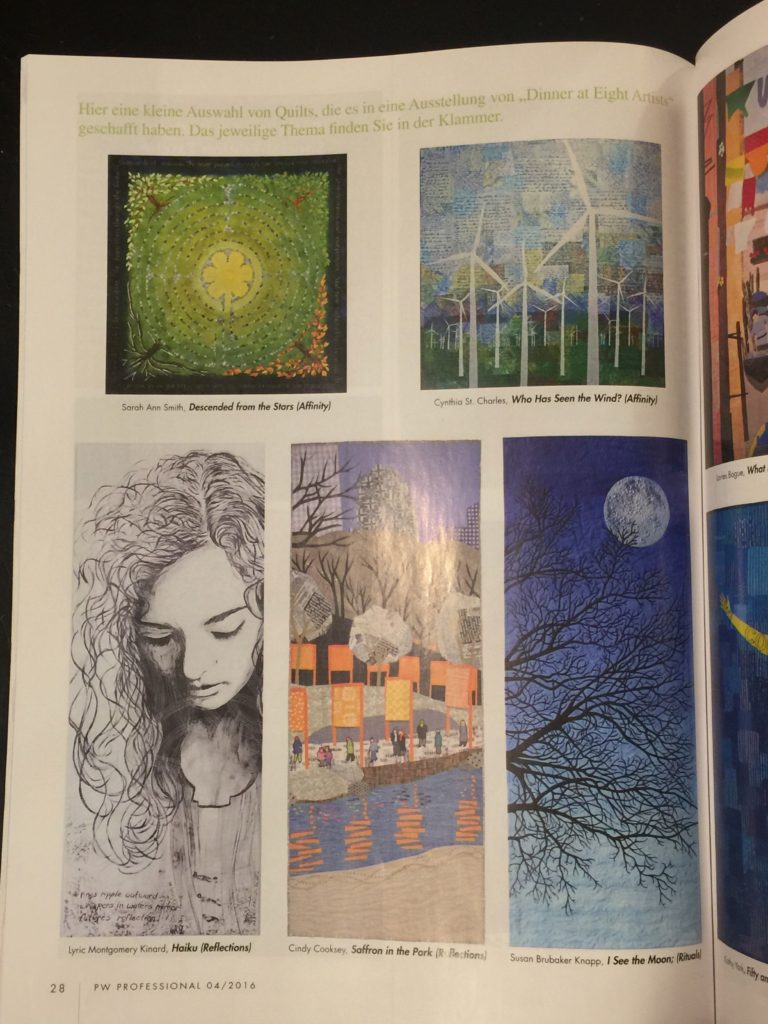 Descended from the Stars is in the top left, just above some of my favorites by Lyric Kinard and Susan Brubaker Knapp. Really, the work is so beautiful in the dinner@8 Exhibits that it is quite heady company to find that I, too, have work included.

Over the past six to seven years, I have been fortunate to be invited *and* be juried in to these exhibits, and I truly feel some of my best work has been for this series.   And of those, this quilt is one of my favorites EVER!

This entry was posted on Monday, January 2nd, 2017 at 6:13 am and is filed under art quilting, Dinner@8, Exhibiting, In a magazine!, Published!. You can follow any responses to this entry through the RSS 2.0 feed. Both comments and pings are currently closed.