Hi all! I’d like to invite you to visit the page for the FiberArt For a Cause fundraiser to benefit the American Cancer Society. This may be the final one ever for the FFAC, and I’m pleased to have been part of the FFAC efforts for several years. This year, I’ve made two donations. You can see both here, along with the other MANY generous donations by many quilt artists. (Click photo to see it larger.) 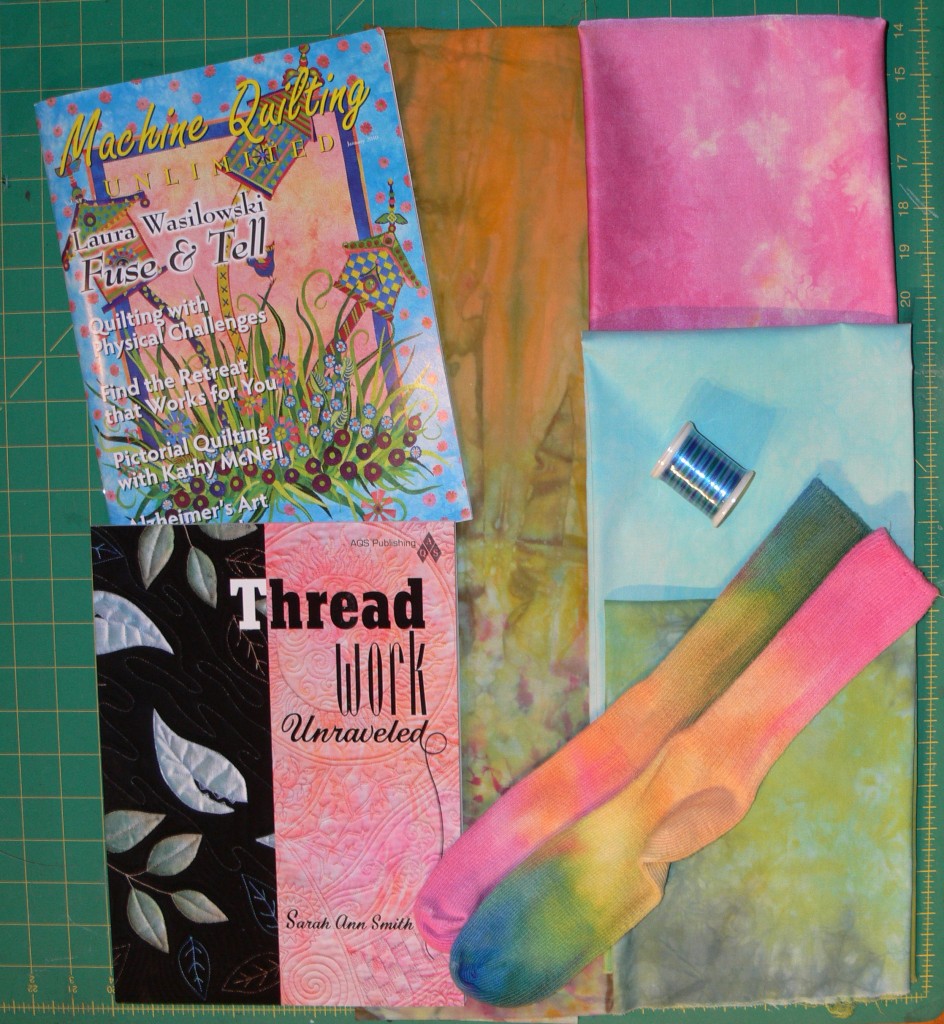 For the Tote bag part of Tote Tuesday: I have donated a copy of my Threadwork Unraveled book, the January 2010 issue of Machine Quilting Unlimited with my last design series article, some of my hand-dyed fabric, a pair of my funky hand-dyed socks, and a spool of Rainbows variegated thread from Superior Threads.

I also made and donated an 11×17 inch quilt made from one of the lino-cuts I made recently. You can see details in the post below! Thanks for taking a look, and for popping over to the FFAC Tote Tuesday page to take a look.

So often, we hear gripes about bad encounters with corporations (and wait ’til I tell you about Continental Airlines, it’s a doozy but that’s a different post).  This post is about corporate good behavior!

A while back I bought the Mighty Bright Flex2 light with ac adaptor (plug).  I liked it so much, and so did Paul, that we bought a second one for him.  Since glare from the sofa lamps on the TV screen bugs Paul at night for TV watching, I bought mine to use as a reading light while on the sofa with him.  Well, mine died after less than 3 months, and they have a bulb life of a few thousand years.

So I looked up the company and wrote, saying I didn’t know what they might be able to do, as I had thrown out the receipts.  I did test the light with batteries, and with Paul’s light with my plug, and my light with Paul’s plug, and was able to determine that my AC plug was fine, but the light was not.  Lo and behold, about 2 weeks later, a replacement arrives, no questions asked, no need to return the dead one, nothing…just a company wanting to make good on their guarantee and make their customers happy.  They succeeded!

This is what my light looks like, and here 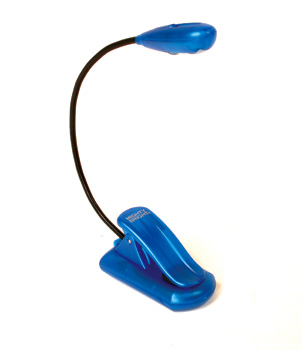 is the info from the Mighty Bright company.  I bought mine at a Barnes & Noble.

The second story is about Delsey suitcases.  In 1987 or so, while moving with the US State Department to Bolivia, Paul and I bought our first hard-sided suitcases.  Those two molded-plastic suitcases were the first generation of wheeled bags, and they STILL function.  But, wheels and technology have vastly improved, so about 15 months ago I bought a new Delsey on sale.

Two weekends ago, while racing to get set up for a class (we got in to the building a mere 30 minutes before the class was to begin, and I usually need a good hour to set up for that workshop), I accidentally stepped on a buckle and broke it.  I wrote to Delsey USA via their website to describe the part I had broken, and ask how I could purchase a replacement part (it’s the gizzie that you can use to “chain” or tow another suitcase…if you look at the picture, it is the thing in the middle of the top).  A couple days ago I get an envelope in the mail with TWO replacement pieces, the whole thing not just the half of the buckle that I broke because I’m a klutz, with NO charge!  Once again, I am a HAPPY customer.

GOLD STARS to both Mighty Bright and Delsey.  It’s nice when huge companies do right. Thanks folks!