That’s both the weather and my ability to get our from under all the house stuff!   Gradually we are settling in, and most of the boxes are gone.  Most of the painting is done (except for the studio of course), and the lighting for the studio will be done after the painting. I can’t believe it’s a week since I blogged…ooops!  I have been finishing up all sorts of  house stuff, and converting my “With a Dash of Color” lecture from “hold up small samples at the front of a large room” to a digital presentation.  That has entailed taking photos of some of my earlier, traditional and contemporary style quilts, so I’ll share those before too long.  Betcha didn’t know I made all of ’em!

Until then, it is WET!  We’ve had quite a lot of snow, and for the past three days we’ve had days into the 40s, including one night that didn’t go below freezing.  The good news:  the driveway is no longer a skating rink/sled run.  The bad news, the driveway squelches and squishes it is so mushy!  And today it is pouring rain. 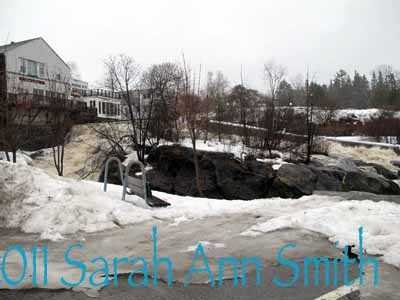 When I took Eli to school, I decided to drive down to the harbor and, as expected, the Camden Falls were in full roar! 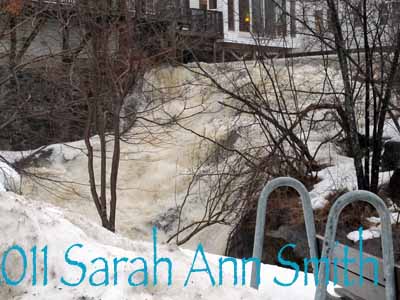 The upper falls were roaring! 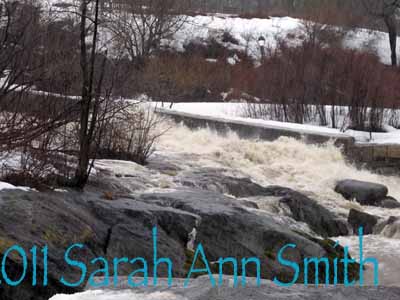 You can see the driving rain if you look at the rocks on the bottom...those gray streaks! 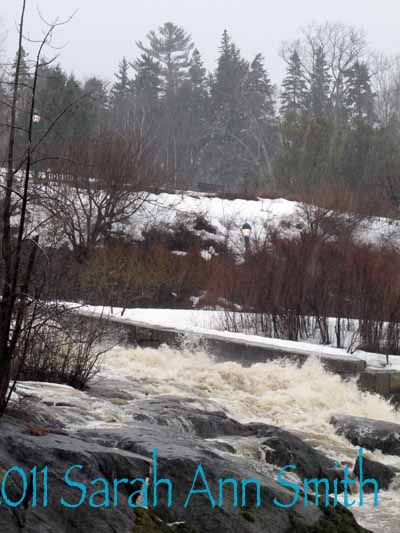 Another look at the lower part of the falls

At the bottom hillside edge of the Camden cemetery, the road was flooded over—between melting snow, run off, soaked ground, and mounds of snow impeding the flow of water, it’s a bit of a mess out there today. 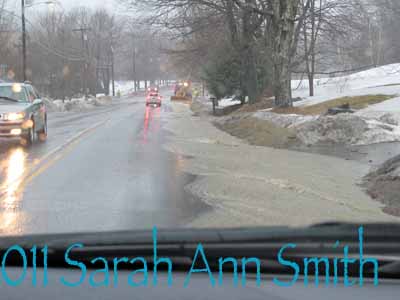 The water had nowhere to go on Route 105 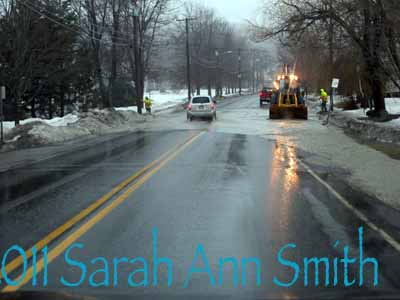 They had a digger out to deal with moving the snow so the water had a chance of going away!

But the best bit…they’ve started to spray white primer on the ceiling joists, which will greatly improve the mood in the studio! 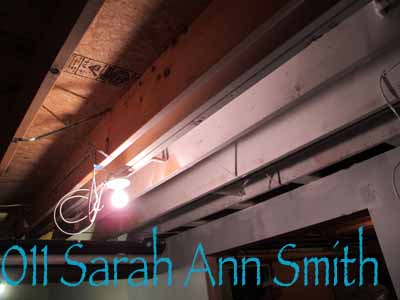 Spray painting the joists in the basement (aka studio ceiling) begins! WOOT!

This entry was posted on Monday, March 7th, 2011 at 12:34 pm and is filed under Blogging, Maine. You can follow any responses to this entry through the RSS 2.0 feed. Both comments and pings are currently closed.